Road reconstruction and technical works on the coastal road of Ouranoupoli

This study is an architectural proposal for the regeneration of the beach front of Ouranoupoli, in the Municipality of Aristotle (Prefecture of Halkidiki). The aim of the regeneration is to create a promenade with a widened sidewalk, that will connect the municipal parking area with the Tower of the town, and also the elimination of parking at the entire length of the street. To limit parking and lower the traffic speed on the road, it is proposed to narrow the road so that its width is equal to the minimum width of a two-way road (5.50 m). It is also proposed to replace and lay new asphalt along the entire length of the road. In its current state, the southern side of the road is covered with dirt, and planted with trees, mostly palm trees. In this section, it is proposed to build flower beds to delimit the rows of trees. The width of the roadway freed up by the narrowing of the coastal road be allocated, as proposed, for the widening of the sidewalks. The new sidewalks are proposed to be covered with rectangular stone slabs originating from Pelion and Karystos (solely one stone type or a combination of many), in gray color, in order to achieve uniformity with the adjacent network of sidewalks. The new sidewalks under construction will be equipped with all the necessary infrastructure to serve disabled access, and in particular with an integrated line for blind people and wheelchair ramps. 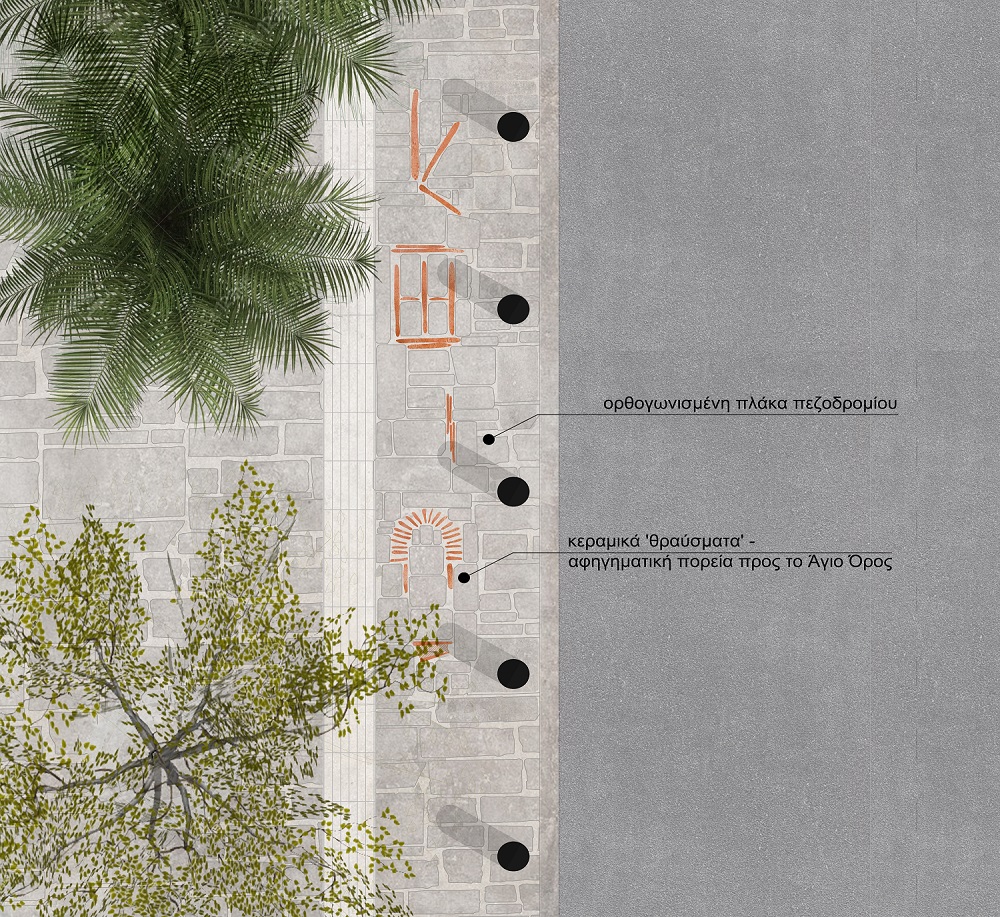 On the south side of the street, there are built outlets for the drainage of rainwater towards the beach. These outlets are preserved, and in places they are open, facilitating drainage. Some of the outlets feature steps for tiered drainage to the beach. The steps are preserved and maintained. Concerning outlets without steps, protective railing is preserved. In addition to the above, as described in the hydraulic study, for the most efficient management of rainwater, the construction of ditches – channels is proposed. These ditches – channels will be placed across the new sidewalk at three (3) points along the redevelopment area.

Along the entire length of the sidewalk, in an elongated zone approximately 1 m wide, the study suggests the placement of slabs or stone fragments, in such a way as to create decorative elements on the floor. In other words, a narrative route to and from the Tower will be created, which will consist of designs with ceramic fragments, three of which will be placed every 4-5 meters at 20 different points. Each three markings will represent separate characteristics or symbols of each monastery of Mount Athos, i.e. three symbols for twenty monasteries. For the construction of these spolia*, entire slabs or fragments of slabs, tiles, etc. can be used.

In addition, for the explanation of the decorative designs, A3 information boards will be placed, respectively for each monastery, so that the visitor can come closer and get to know the history and details of the twenty monasteries. The specific signs will be placed on the wooden fence, in the corresponding order of each group of decorative elements. In this way the walk on the beach front takes on an additional meaning.

This redevelopment will also be enriched by necessary urban equipment and greenery, which will aesthetically upgrade the project’s area even more. More specifically, the placement of the following equipment is proposed:

The existing wooden protective railing is preserved, maintained and, where necessary, replaced with a new section of railing, of similar construction and wood type.

In the northern part of the beach front, the sidewalk is preserved. It is only proposed to replace old materials with new ones, in order to achieve structural and aesthetic homogeneity.

Finally, it is proposed to place metal bollards on both sides of the street, at least 0.50m high, to protect the sidewalks from illegal occupation by parked vehicles.

The building under study is located within the core... 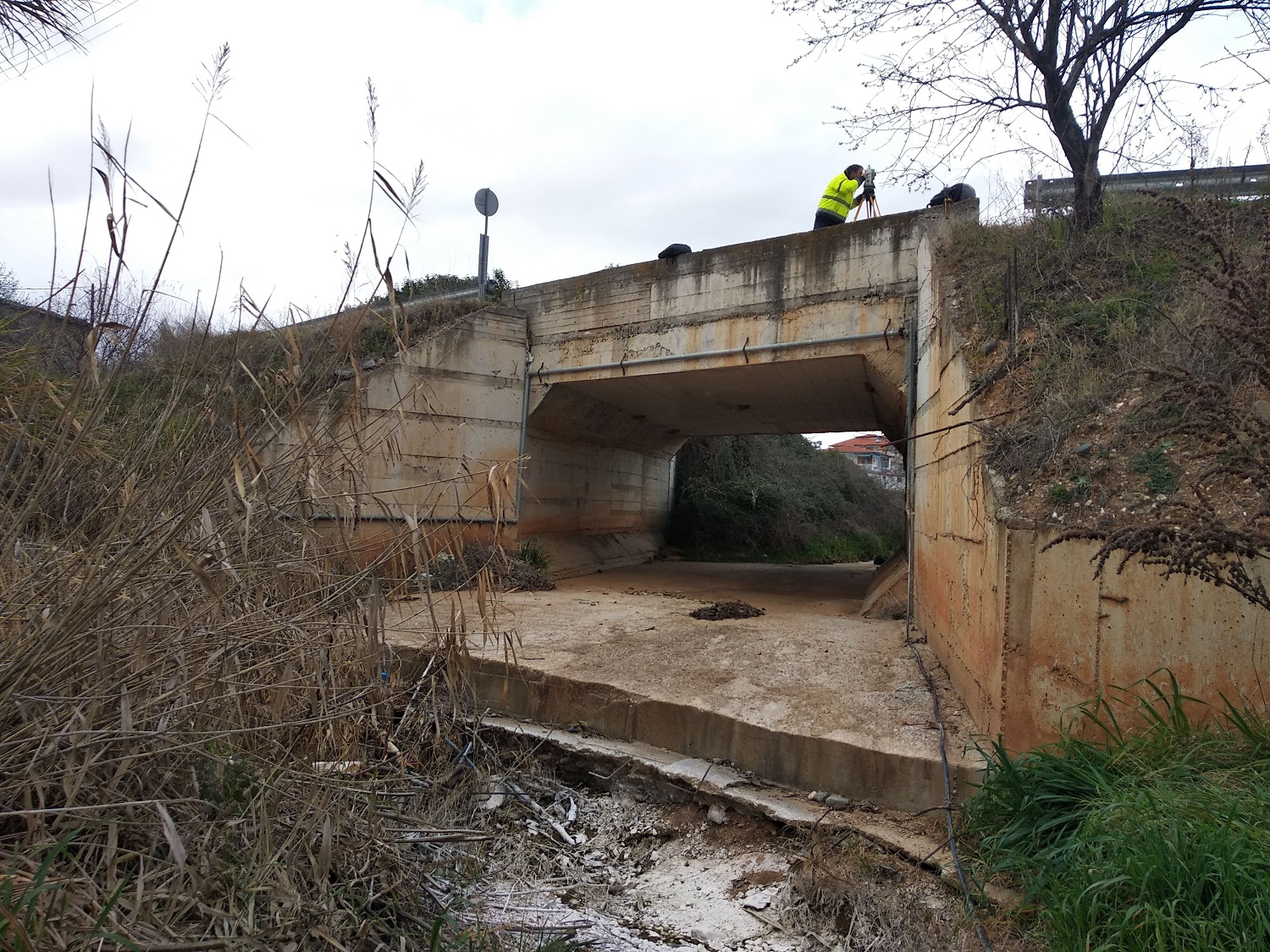 Hydraulic study for the anti-flood arrangement of Agios Panteleimonas creek

This study was carried out for the project “HYDRAULIC... 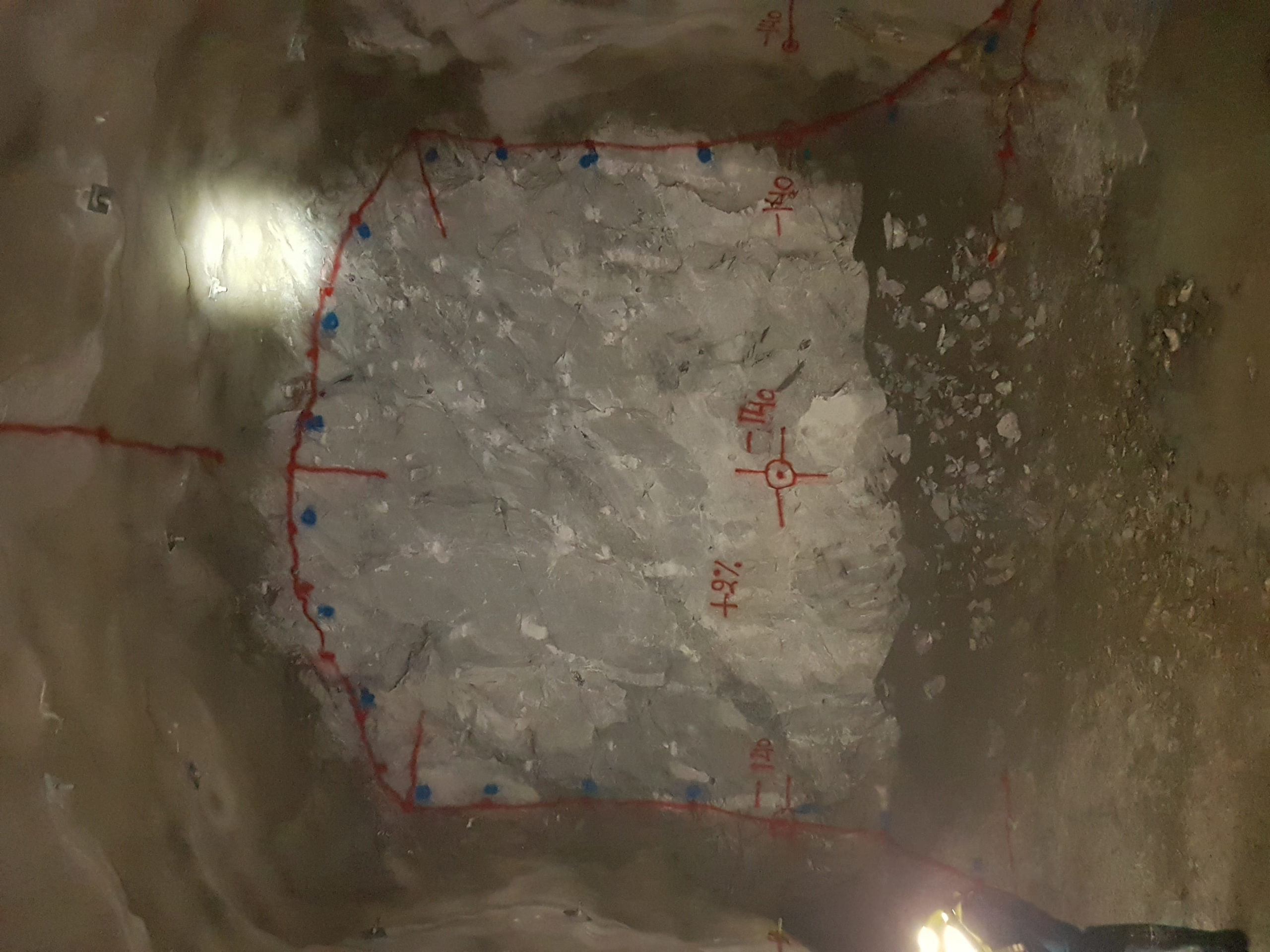 Topographical survey of Olympiada’s mine tunnels

In order to monitor and support the excavation of... 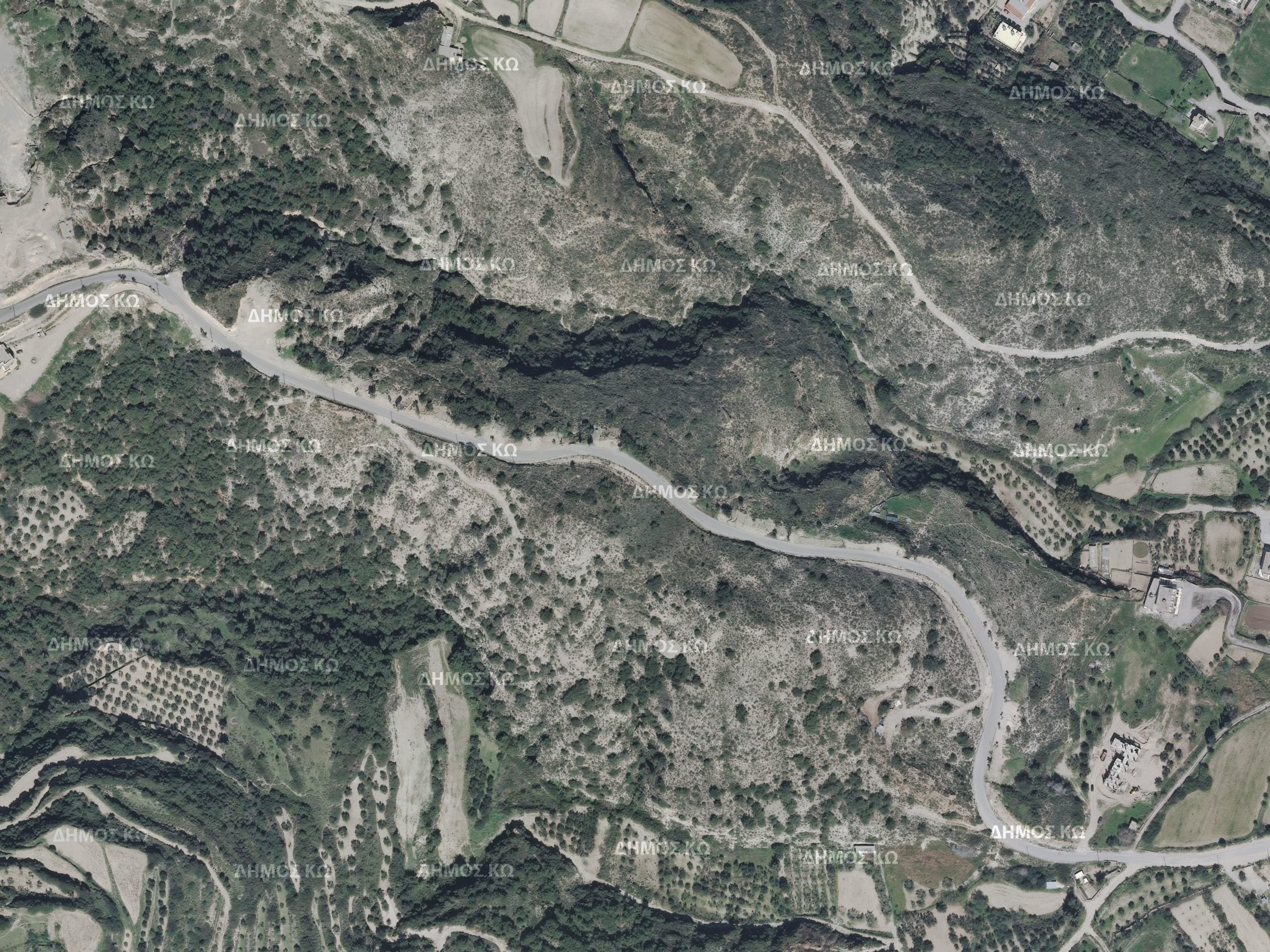 This is a study that concerns the environmental pre-checking...